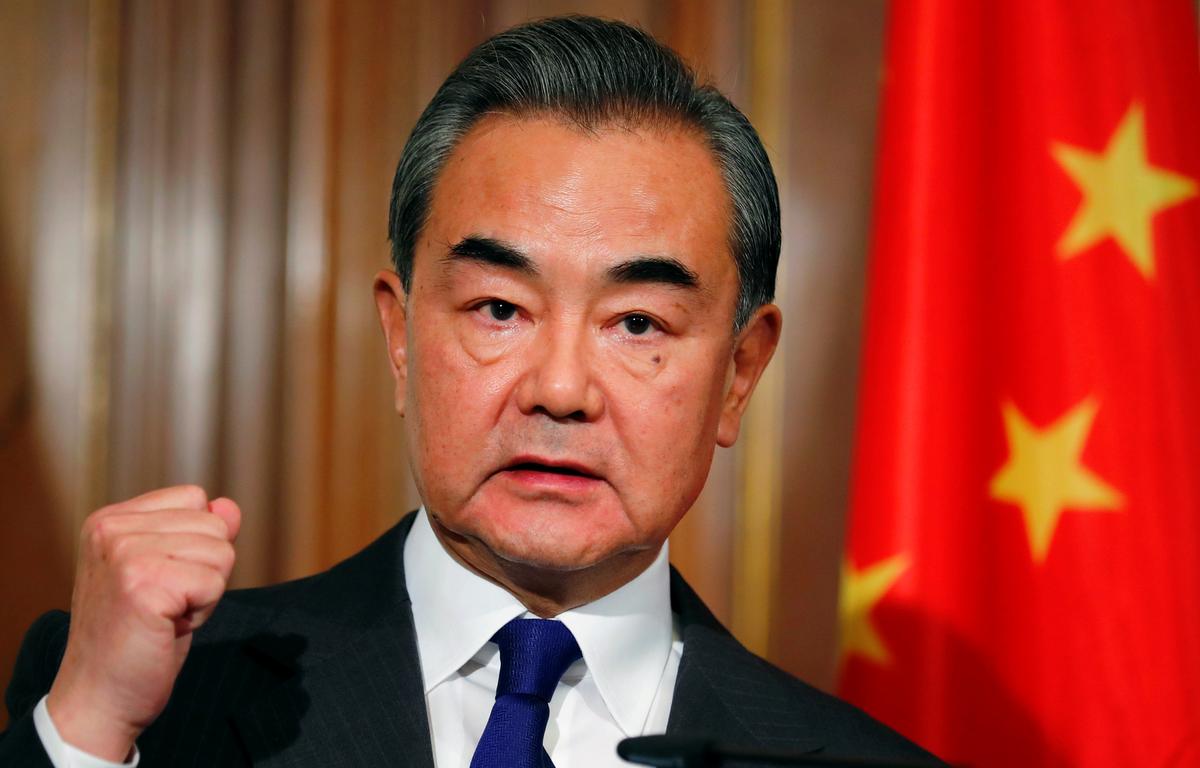 BERLIN (Reuters) – A top Chinese official acknowledged on Friday that coronavirus is a deep challenge to the country, but defended Beijing’s management of the epidemic while lashing out at the “overreaction” of other countries.

In a wide-ranging interview with Reuters, State Councillor Wang Yi, who also serves as China’s foreign minister, urged the United States not to take unnecessary virus-response measures that could hamper trade, travel and tourism.

The Chinese mainland has reported more than 63,000 confirmed cases of coronavirus infection, with over 1,300 fatalities.

The United States and other nations have taken drastic measures to curb the virus’ spread since January. Some countries have halted entry to foreign nationals. Commercial flights have been curtailed, and many nations have sent charter flights to repatriate citizens from Wuhan, the Chinese city at the center of the outbreak.

The United States also warned Americans not to travel to China, angering Beijing just as it started to mend tattered trade ties with Washington.

Wang said China has taken the most rigorous and decisive measures to fight against the epidemic, with many measures going beyond international health regulations and WHO recommendations.

“Through our efforts the epidemic is overall under control,” he said.

U.S. President Donald Trump has praised Chinese President Xi Jinping’s leadership in China’s battle to contain the virus, and his administration has said it stands ready to spend up to $100 million to assist China and other countries impacted by coronavirus.

“We’ve taken such complete prevention and control efforts, efforts that are so comprehensive, that I can’t see any other country that can do this,” Wang said, adding that any leader in another country would find the challenge very difficult.

“But China has been able to do this.”

Under a Phase 1 trade deal with Washington, Beijing agreed to boost purchases of U.S. goods and services by at least $200 billion over the next two years.

“Now one potential problem is, given the United States’ comprehensive ban on people’s coming and going between China and the U.S. Now objectively, this will bring some difficulties to implementing this agreement,” Wang said.

“I hope that the U.S. will consider this problem, and how to continue to prevent the spread of this epidemic, while not taking unnecessary limitations on trade and people.”

Wang said he did not understand why the United States was using its power and trying to get its allies to attack a private company like China’s Huawei, the world’s largest telecommunications equipment maker.

He said there was no credible evidence that Huawei has a so-called back door that harms U.S. security.

The United States has been waging a campaign against Huawei, which it has warned could spy on customers for Beijing. Washington placed the company on a trade blacklist last year, citing national security concerns.

Deepfakes: The fight against the dangerous use of AI

Education Spending: What Democratic Candidates Want vs. Reality, in Charts

Is it time to shut down the zoos? | World news

The CIA secretly bought a company that sold encryption devices across...

The 7 Best Web Browsers for Every Kind of Netizen