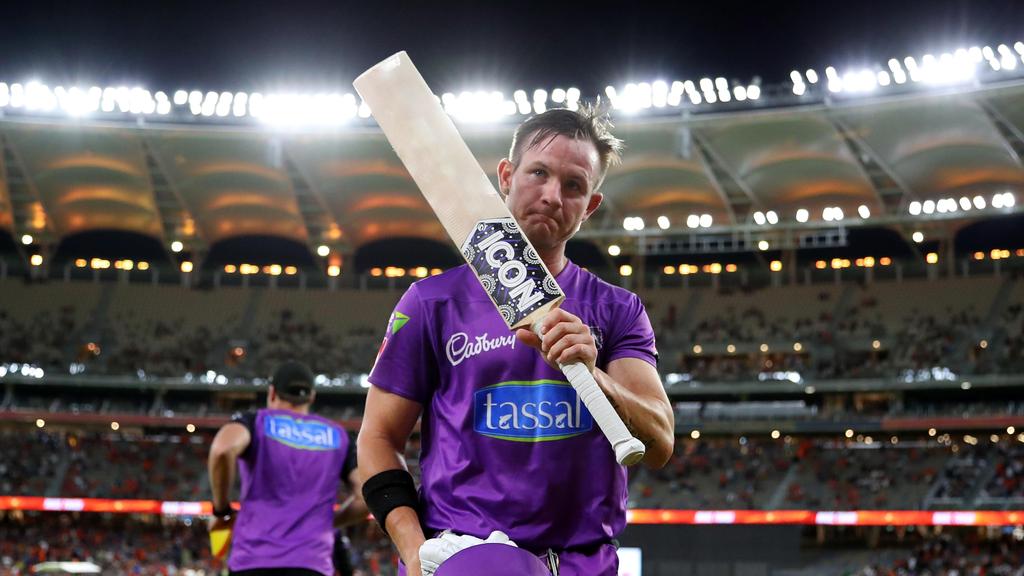 Dropped catches, a WACA-contracted player scoring an unbeaten hundred for the opposition, a top-order collapse and a tight eight-run loss.

It was simply a case of missed opportunities for Perth Scorchers last night at Optus Stadium as Hobart Hurricanes, led by D’Arcy Short, edged past the three-time Big Bash League champions in front of 29,914 hometown fans.

Short was the star when he became just the fourth batsman to score two BBL centuries, but his 70-ball unbeaten 103 could have ended several times, with the Scorchers dropping the opener five times as he led his team to 2-180.

Tim David, who came in for an ill Ashton Turner, was the biggest offender, dropping two outfield chances when Short was on 21 and 68, with the other three spilled chances being no better than half chances.

Caleb Jewell (25) and Short were destructive in the opening six overs.

Scorchers spinners Ashton Agar (0-24 off three overs) and Fawad Ahmed (1-25 off four overs) helped with containment, before Liam Livingstone was the most unlikely of wicket-takers when Jewell holed out to Chris Jordan at mid-on off one of the worst balls of the night.

David Miller (15) was dropped again on 11 by Matt Kelly at short third man, before he was trapped in front by Ahmed trying to sweep soon after.

Livingstone (13) threatened to give the run chase a real shake, with three quick boundaries, only to miss a ramp shot off speedster Riley Meredith, with his stumps shattered.

This started a rot for the Scorchers, with Cam Bancroft (0) nicking behind off the bowling of Scott Boland, before Josh Inglis (3) was run out by Boland in his follow through the next ball.

Captain Mitch Marsh (48) and youngster Cam Green (33) got the Scorchers back in the game with a 75-run stand, before Nathan Ellis trapped the latter lbw.

Jordan (1) was sent up the order, but had a short stay, before a cameo from David (18) lifted the run rate.

The only negatives for the Hurricanes was an injury to Meredith, who sustained a side strain, while Miller didn’t field due to calf tightness.

Kobe and his daughter RIP

This Decade, The Masses Will Not Be Able to Avoid Digital...

South Africa: Search for killers of miners ‘stoned to death’