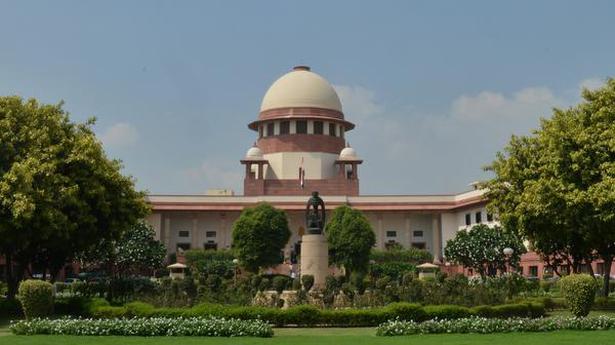 The scope of a judicial review of the President’s decision to reject a mercy petition is “very limited”, the Supreme Court on Tuesday orally told the lawyers for Nirbhaya case convict Mukesh.

A three-judge Bench, led by Justice R. Banumathi, refused to accede to a request by Mukesh, represented by senior advocates Anjana Prakash, Rebecca John and Vrinda Grover, for perusal of the original files of the correspondence on his mercy petition and official notings.

Justice Banumathi said the court did not want to wade into an “uncharted territory”. “We do not deem it appropriate to concede the request and the same is declined,” the order read. The court would pronounce its order on Wednesday, she said.

Ms. Prakash and Ms. John argued that the government’s affidavit was “evasive” about whether all “relevant records” on Mukesh’s incarceration were shown to the President for an informed decision. Ms. Prakash said the government was mum on the jail records on his solitary confinement. In several rulings, the court had held that solitary confinement for long would be a reason for grant of mercy.

The lawyers said Mukesh had suffered torture and abuse in prison. They asked whether his medical records from the time of his arrest to the present day were placed before the President. He had access to legal aid only in 2014, two years after the crime. They contended that the mercy petition was quickly rejected, in just a day, without proper application of mind.

Solicitor-General Tushar Mehta, for the Ministry of Home Affairs, said all the documents, supported by records, were placed before the President for a decision on the mercy petition. It was decided without delay because the Supreme Court itself had ruled that delay “has a dehumanising effect”.

Mr. Mehta said ill-treatment in prison was not a ground for commutation of the death sentence. “A man who has committed a heinous crime. He was part of the gang that brutally raped and tortured his victim [, he] cannot say he wants mercy because he was ill-treated in prison,” he said.

Besides, death row convicts were housed in separate cells for their own safety, and this would not amount to solitary confinement, he said. “The room is well-ventilated. Air comes in through the barred windows. The prisoner gets time to spend in the yard with the other prisoners. Solitary confinement is when a prisoner is cut off from the world. He is in the dark,” he submitted.

You have reached your limit for free articles this month.

Register to The Hindu for free and get unlimited access for 30 days.

Find mobile-friendly version of articles from the day’s newspaper in one easy-to-read list.

Enjoy reading as many articles as you wish without any limitations.

A select list of articles that match your interests and tastes.

Move smoothly between articles as our pages load instantly.

A one-stop-shop for seeing the latest updates, and managing your preferences.

We brief you on the latest and most important developments, three times a day.

Not convinced? Know why you should pay for news.

*Our Digital Subscription plans do not currently include the e-paper ,crossword, iPhone, iPad mobile applications and print. Our plans enhance your reading experience.

IBPO SO Main Result 2020 Released at ibps.in, Check via Direct...

Xiaomi Poco To Launch New Smartphone Next Month All You Need...

RBI Estimates GDP To Expand At 6% In Next Financial Year

Looking for an exploit without metasploit : hacking

From cubicles to the cricket pitch