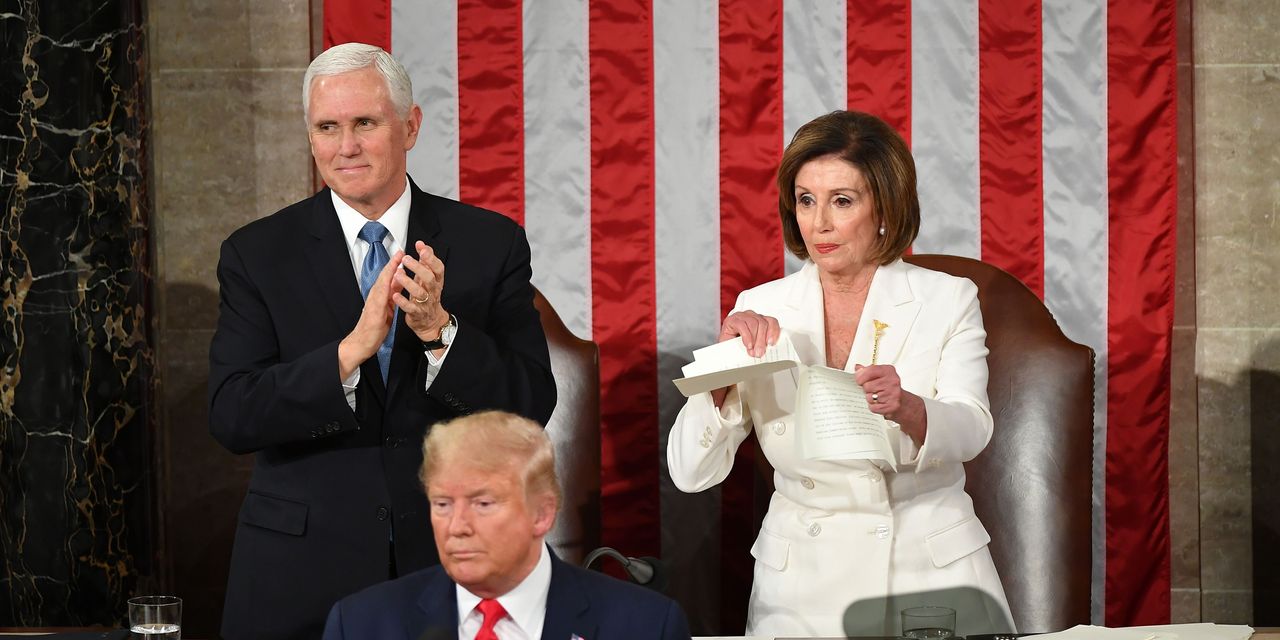 In the video, Mrs. Pelosi (D., Calif.) appeared to be ripping up a copy of Mr. Trump’s State of the Union address during the points of his remarks when U.S. citizens and military members were being honored with applause. Mrs. Pelosi only tore up the script once, at the end of the speech.

Memphis superintendent says he will ‘stay the course’ in inaugural state...

Bernie Sanders snuck up on Silicon Valley. Now tech has to...

Disney Plus Racks Up 28.6 Million Subscribers